How to master the gig economy in 2020

The way we work is changing. Whether you're an employer or an employee, mastering the gig economy is the key to survival
Jan 28, 2020 • 5 minute read

The way we work is rapidly shifting in the 21st century

The internet and the proliferation of personal computers and tablets have enabled workers to take more control over their work schedule and their skill set. Today, a large portion of the population earns at least some of their income from freelance "gigs" – jobs without a traditional employer, and usually completed on a case-by-case basis.

However, while the gig economy is novel and a great fit for many, it comes with its own unique challenges and new developments that are a struggle for both workers and employers to master. Learning how to master the gig economy is a worthwhile endeavor, however, for anyone looking to do business in the years to come.

Perhaps the biggest advantage to the development of the economy is the new freedom that it provides workers open terms of mobility and payment. Freelancers can now demand value for their skills and services with an independence that hasn’t been seen for generations, though most still operate within a set wage range determined by themselves and their fellows.

The gig economy also directly counters the traditional “9-to-5” work mentality that has dominated Western employment for over a century. These days, freelancers can do their work at any time of day depending on their exact job and profession. For some, this means working overall less than they would at a traditional job, or having more flexibility with how to spend their free time. They set their own schedules.

At the same time, freelancers can do most gig work from anywhere with an Internet connection. They can send invoices to set their own rates. There’s so much freedom in the gig economy, it’s hard for many to imagine going back.

This extra or more controllable free time does wonders for mental health for freelancers, too. In a society that is increasingly recognizing the value of mental health and the strain of traditional employment, being able to take time off whenever you need, and without having to ask your boss first, is a huge advantage. In essence, the gig economy theoretically presents a better work-life balance for many.

Of course, being a freelancer means giving up some privacy, as you have to be able to be found by clients if you want to be paid. This means many freelancers are having to learn quickly that many of their excellent privacy tools for browsing are useless when it comes to their business, so their digital footprint is more easily tracked. Some may be uncomfortable with this development.

Another of the biggest shortcomings to emerge as an integral part of the gig economy is that the majority of new jobs being created aren’t necessarily high-quality. Whether it’s because of wages, their working hours, or scheduling issues, many did economy workers are finding that their new professions aren’t as dreamy or idealistically perfect as they initially thought.

In fact, many gig economy workers are fast learning that low pay and trouble working with clients that refuse to pay wages after work is completed are real problems that take practice and luck to overcome. Without the bureaucratic inertia of a traditional company to work for, freelance workers must often do business with whatever will take their talent – and those employers are not always very fair bosses.

Finally, freelancers also have to face the fact that they may have less job security in the gig economy than they would at a traditional place of employment, which can be quite stressful and difficult to manage. Every job for an independent contractor carries big reputational and financial stakes. For some freelancers, there is no real easy job or time off, as everything they do and every job they take carries the potential for success or a plummet into obscurity.

Tips to thrive in the gig economy

With all this in mind, there are still ways that freelancers and those who hire them can master the gig economy.

Freelancers can better thrive within this new economy by using a great job marketplace specifically for freelancers and employers. But they can also succeed by focusing on a specific niche instead of trying to become a Jack of all trades in their field, or by targeting needed freelancer skills.

The truth is that there are many people who have a set of generalist skills all competing for low-wage jobs on freelance platforms. Developing a specific and educated skill set will allow you to separate yourself from the pack.

This process doesn't happen overnight. But building a reputation of being able to work independently in a remote environment and specializing in a subset of your field might be more valuable in the long run. You’ll be able to demand more for your services, as an example, as there are fewer specialized experts in a field than there are generalists. The gig economy is changing how careers work, so lean into this development and specialize.

At the same time, don’t be afraid to be creative, especially by paying attention to your data (jobs worked, best projects, etc.). Target what people want and become a specialist, but put your own spin on things. Standing out from the crowd, again, is necessary for success.

Gig economy workers can also benefit from learning to negotiate and ask for money upfront. Whether this means taking a down payment of a proportion of the final bill before you begin work or learning to say no to clients that don’t respect your time, truly becoming your own boss and refusing to let others take advantage of you is key to long-term success.

Lastly, remember to keep your website secure, especially if you’re using a popular platform WordPress. Despite its many security add-ons, WordPress was the most-hacked content management system last year. Your freelancing business is your lifeline, so don’t let it go down or be hacked.

Employers have to keep in mind that freelance workers are here to stay. So, those employing them should always review the portfolio of those they intend to hire before pulling the trigger.

Any freelance worker worth your time will have a portfolio or at least a few sample projects for you to use as you look for the right man or woman for the job. You can also ask for a sample directly, although these are usually small in scale or content.

In addition, freelance employers and their workers will both benefit from drawing up detailed contracts for each and every job you order. Be transparent and clear with your expectations and goals, rather than relying on assumption and hoping that your freelancer understands what you intend. Not only does this lower the likelihood of simple mistakes but it also makes finalizing the bill for their service much more direct.

Overall, the gig economy is transforming the way we do business, both as employers and freelancers. Like all economic development throughout history, it’s been accompanied by no shortage of struggles and confusion. But this new and agile way of doing business has the potential for greatness and for better mental health all around if we learn to master its unique needs and difficulties.

Meet the future head-on and master the gig economy. You’ll be glad you did early on, while it was still developing, rather than be left behind by everyone else.

How to use freelancers effectively
Hiring freelancers for a project can save you time and money, but it's important to understand how to get the best results
4 MIN READ 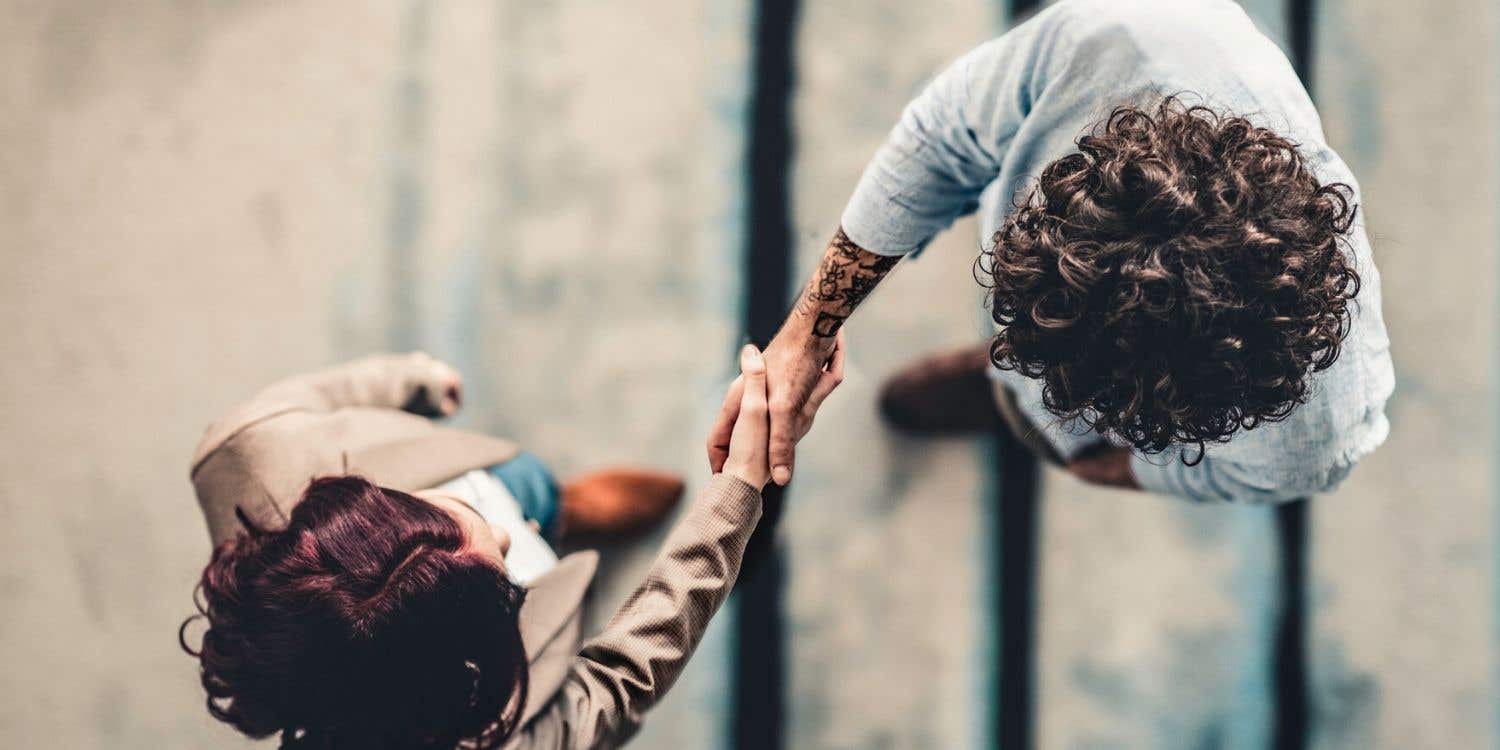 5 big startup industries for 2020
The climate for startups has been red hot in 2019, and these five industries are shaping up to be huge in 2020.
5 MIN READ